In November 2018, one of the worst fires in California history overtook the town of Paradise and surrounding communities, killing 88 people and destroying more than 18,000 buildings. Alexandria Villaseñor, who was visiting family 100 miles away in her hometown of Davis, experienced the suffocating effects of the smoke: Every breath was difficult for the asthmatic teen who is now 14 and lives in New York City.
The fire changed Villaseñor’s life. “I was very upset, and I wanted to understand why these fires were happening,” she says. “I started to research climate change and wildfires, and began to see the scientific connection between the two.”
Awakened by personal concerns and ignited by emerging role models, activists of all ages are learning how to become effective climate warriors. Watching Greta Thunberg speak soon after the California disaster to world leaders at COP 24, the United Nations Climate Change Conference in Poland, empowered Villaseñor to take to the streets and protest. “Greta gave permission to students all around the world to make their voices heard,” she says of the Swedish teenager whose school strike initiative—Fridays for Future—has become a worldwide phenomenon.
On December 14, 2018, Villaseñor began her own Friday vigils outside the U.N.—sometimes alone, other times with friends she’s inspired to take action; she also helped organize the 2019 Global Climate Strike in New York City, attended by more than 300,000 people, and founded Earth Uprising, a nonprofit global youth movement. She’s one of 16 youngsters, along with Thunberg, that filed a legal complaint with the U.N. demanding that France, Germany, Brazil, Argentina and Turkey curb their carbon emissions.
“There are so many ways that young people can get involved,” says Villaseñor. “They can give presentations about climate change in their classes and communities. Go out with a sign and protest, or lobby politicians. Have clear demands of what you want your city or town to do. I’ve seen local action influence action nationally and internationally.” 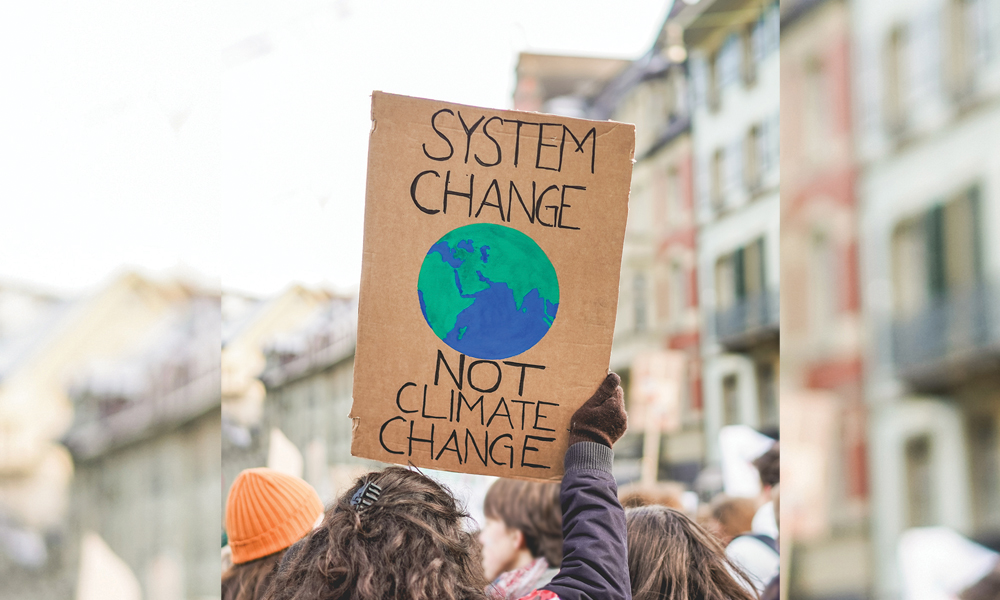 Dianne Rhodes, 76, of Saskatoon, Canada, began her activism in 2006 after seeing Al Gore’s documentary An Inconvenient Truth. “It was shocking what we were doing to the environment, our home, our planet. It hit me like a freight train, and I saw the urgency,” she says.
Rhodes trained with Gore, enabling herself to give up-to-date, truthful and science-based slide presentations. Her talks vary in subject and audience, from composting instructions for a group of pre-K kids to in-depth climate science for business professionals. “Activism is a way of letting people know what’s happening. It’s so important to get that awareness, to give people hope and then to show them how they can make a difference,” she explains.
Rhodes recommends both grassroots and “grass-top” action, including protest marches, working directly with city planners and changing personal behavior and choices at home. She’s excited about a new initiative in Canada: “We’re doing town hall meetings all across the country based on the Green New Deal … where people talk about how to get a city’s carbon emissions down—what we can do in our neighborhoods, and how we can go after our city governments to get them behind this as fast as possible.”
Solemi Hernandez, 41, a Venezuelan immigrant raising two sons in Naples, Florida, quit her job and took out a loan so she could dedicate all her time to environmental activism. “Ecosystems are about to collapse and we don’t know the exact tipping point. I don’t see a healthy future for my kids,” she says. One month after her dramatic decision, the Citizens Climate Lobby hired her to become its southeast regional coordinator. “We’re going to create and elect new decision-makers instead of trying to change those leaders that are not representing us.”
In 2019, Hernandez attended COP 25 in Spain and saw Thunberg up close speaking to thousands of cheering activists. “Greta is an inspiration, but it’s not on her shoulders to solve the issues,” she says. “It’s on us to organize in our communities, see what can we do personally and not look to her to be the savior. We are the ones we’ve been waiting for.”
Sandra Yeyati is a contributor to Natural Awakenings and past president of the Naples, Florida, Press Club. Connect at [email protected]